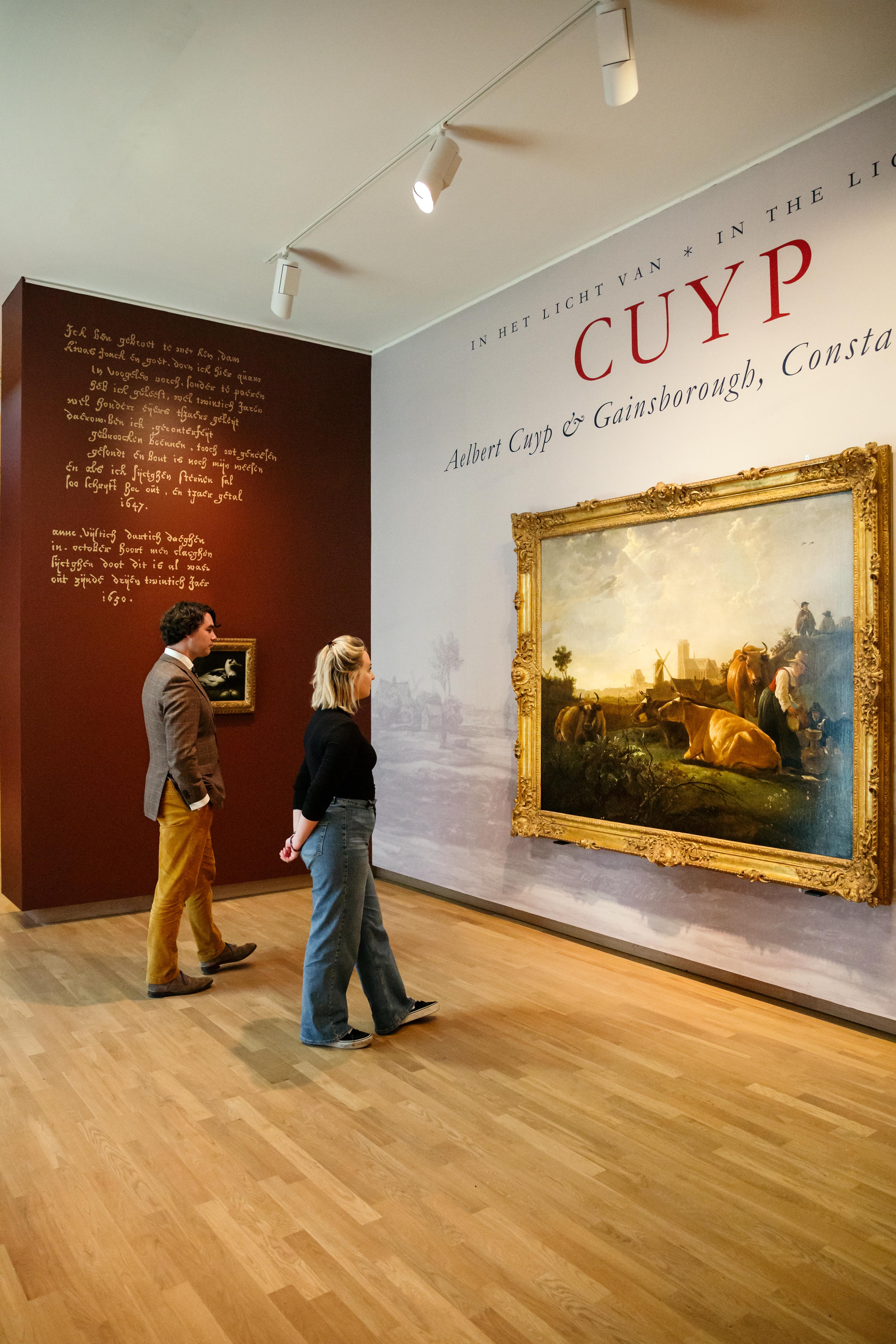 The Dordrecht Museum presents his first museum solo exhibition in the Netherlands: Umar Rashid - Two Tongues. In it, black and white, good and evil, dark and light constantly revolve around each other, like a snake with a double tongue. 'I paint history as a voyage of discovery and freedom struggle full of twists and turns, light, air and comedy. As if looking back from the future, because I want to renew some thoughts.'

We are proud to provide this stage and share Umar Rashid's work with the public. Through contemporary art, six centuries of painting in our museum collection come together with current events. Artists living and working today zoom in on our world full of ambiguities. They get close to the skin of their own time.

Umar Rashid (b. 1976, Chicago) is a visual arts storyteller. He puts a spin on the history of world conquerors. His commentary on their great deeds is full of biting humor, poetry and imagination. In his paintings, he hurls himself through time, like a superhero triumphing over Earth from a distant planet. Target: renewing the past.

Rashid mixes text and image, historical stories with splashy visions of the future. As a space being, he looks at the earthly role-playing of hero and victim, black and white, man and woman, human and animal. Power relationships he reverses. His imagination is a weapon in the struggle for freedom. For equality. And against the insidious pinning down of race, class and gender.

With Rashid, anything is possible, thanks to the mixture of fact and fiction. His style is reminiscent of folk art, cartoon drawings and illustrations from children's books. But also of historical maps, theater shows and science fiction. In figurative paintings full of combative scenes, he revisits 17th- and 18th-century colonial history. World conquerors turn into vampires, bloodthirsty, but also prey to their own lust.

Rashid does not shy away from images of exploitation, sex and violence. The art itself is harmless; the violence comes from harsh reality. Rashid highlights historical excesses in a virtuoso revenge exercise. 'Not that we are better now than we were then,' he says. 'But we are capable of acknowledging wrongdoing.' He provokes and challenges; makes you think without lecturing: good and evil continue to wallow around each other - like a snake that bites its tail, but which also renews itself always anew, shedding its skin.

Umar Rashid, The gods are indifferent but occasionally rapture the souls of humanity to hold for later judgment. Naval siege of the Fort Zeelandia expansion project by indigenous, and Frenglish raiders. The primary target escapes in a Ferrari whilst condemning everyone else to bombardment. Or, mooning in a canoe while Black and White Jesus look on in awe and terror, 2022.
The Stewart Brothers Collection.

With thanks for collaboration to gallery Cokkie Snoei Rotterdam