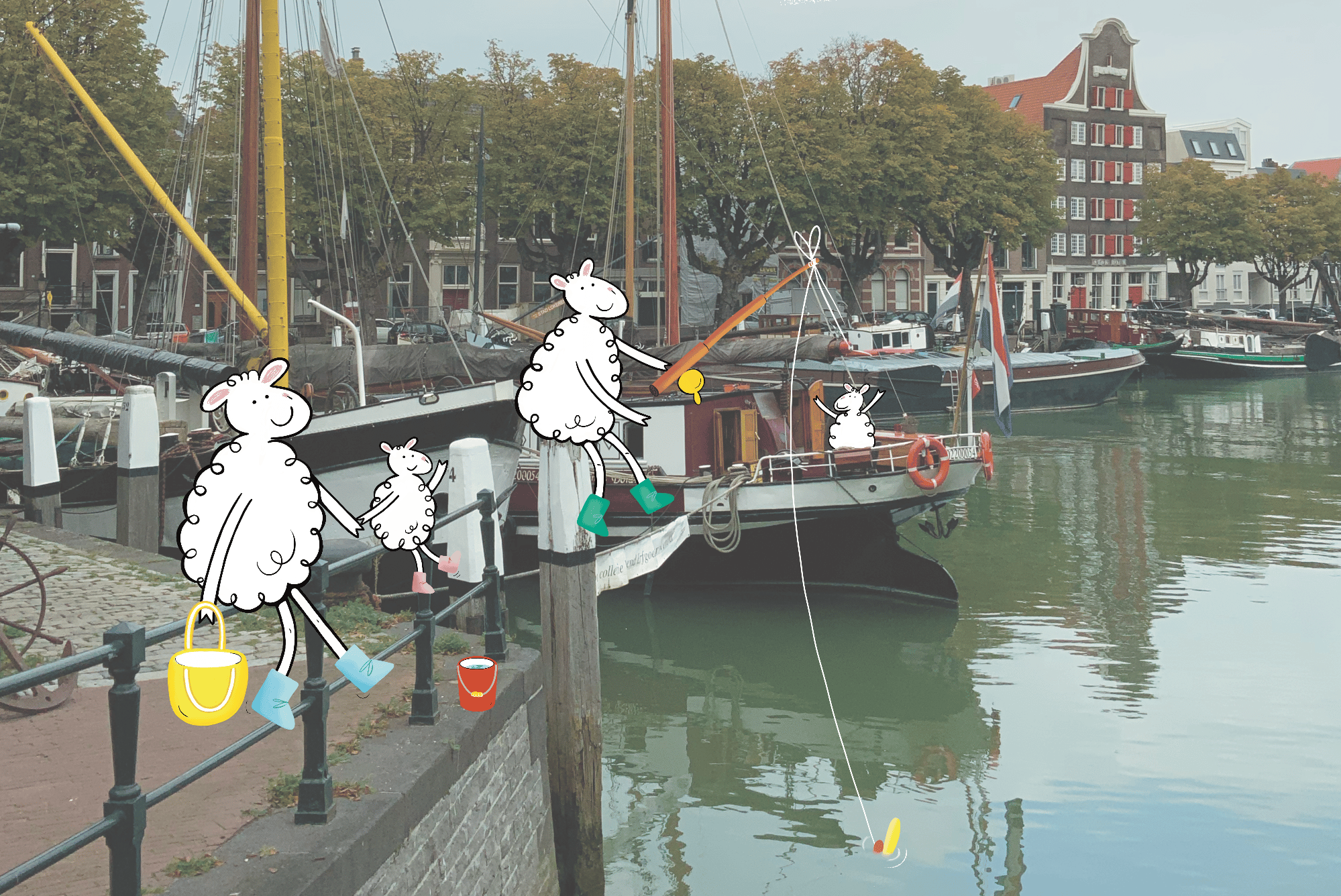 You may already have seen them here and there in the city center. Cheerful sheep having a good time at typical Dordt places. The images were created by Lucia Zattini and are also for sale as postcards. Below are the sales addresses.

But you may be wondering; What do these sheep have to do with Dordrecht?

The story of the Middle Ages is familiar to many Dordrecht citizens: as a prominent trading city, the staple law ensured that all goods going in and out of the city were subject to tax, including meat and livestock. Two inhabitants of Dordrecht who bought a sheep in the Alblasserwaard tried to avoid this tax by dressing the animal in scarecrow clothing. The plan failed at the last minute, because the sheep started bleating.

The inhabitants of Dordrecht have been given the nickname 'Schapenkoppen' (sheep heads). "Anyone born in Dordrecht is given a cuddly sheep as a gift when registering in the municipality. Shopkeepers regularly refer to the legend in their promotions or shop windows, and FC Dordrecht's nickname, not surprisingly, is 'The Sheepheads'. 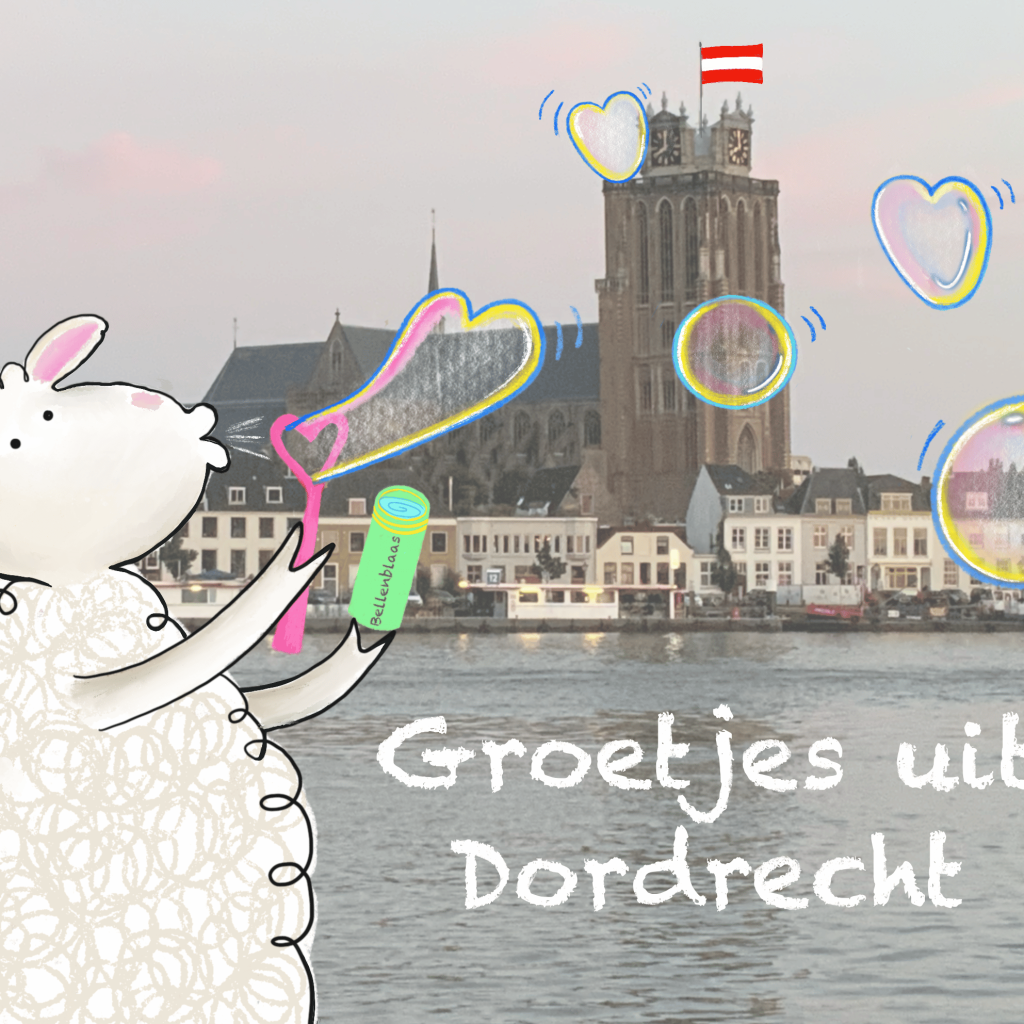