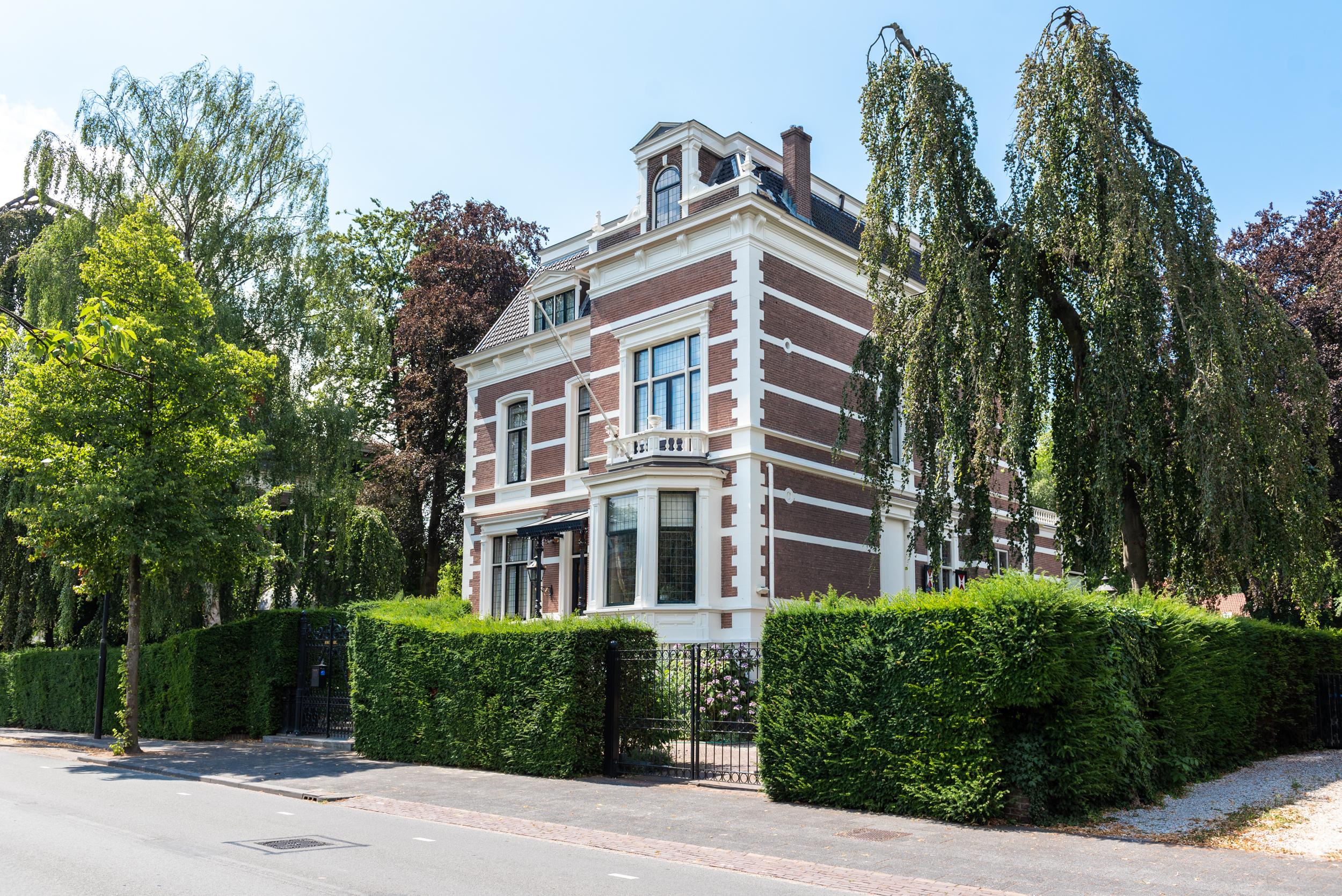 The garden of Villa Beukenhof was designed by L.P. Zocher, a scion of a renowned family of garden architects. The garden is characterized by long sightlines, height differences, large water features, rolling landscape and open spaces. In the older garden there was already the octagonal garden dome in eclectic style belonging to the former residence. The later design of the garden is by S. Bevester and dates from 1895, when the present villa was built. Some of the earlier features could still be found in the garden when it was redesigned in 2010 by R.H. de Kruijf. He took the historical designs into account, creating the same atmosphere as in 1895: a perfect harmony between the garden, teahouse and villa. The interior of the villa is largely in its original state. In the middle is a wide corridor leading to the veranda with the old drawing room with sliding doors on the right, a consulting room, kitchen and garden room on the left. Preserved are the stained glass windows, marble floors, stucco ceilings with children's heads and the fireplace with carvings. Villa Beukenhof has a high cultural and architectural-historical value as a preserved residence of the wealthy bourgeoisie in the nineteenth century.