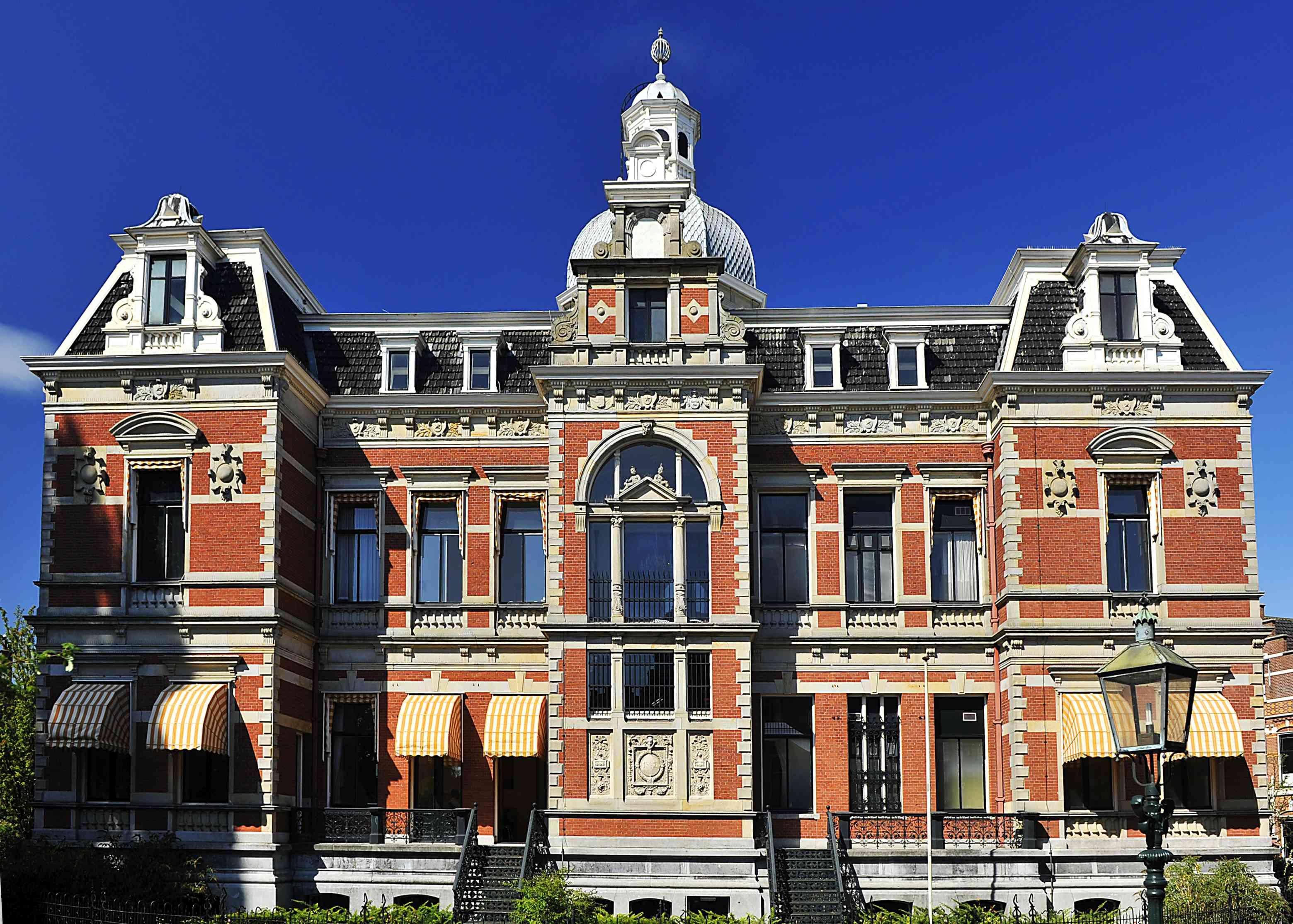 The imposing Rozenhof villa was built in the period 1891-1895 on a former country estate of the same name, after a design by the well-known Amsterdam architect A.L. van Gendt. The client was the Earl of Rechteren Limburg, who moved into the house with his family. He lived there only for a short time; after four years, the building was bought at auction by the Levensverzekering Maatschappij Dordrecht, which had it converted into offices. The adjoining garden was sacrificed to new buildings, only the rosary was spared. From 1917 to 1977, the building housed the tax authorities. The building still serves as an office building today.