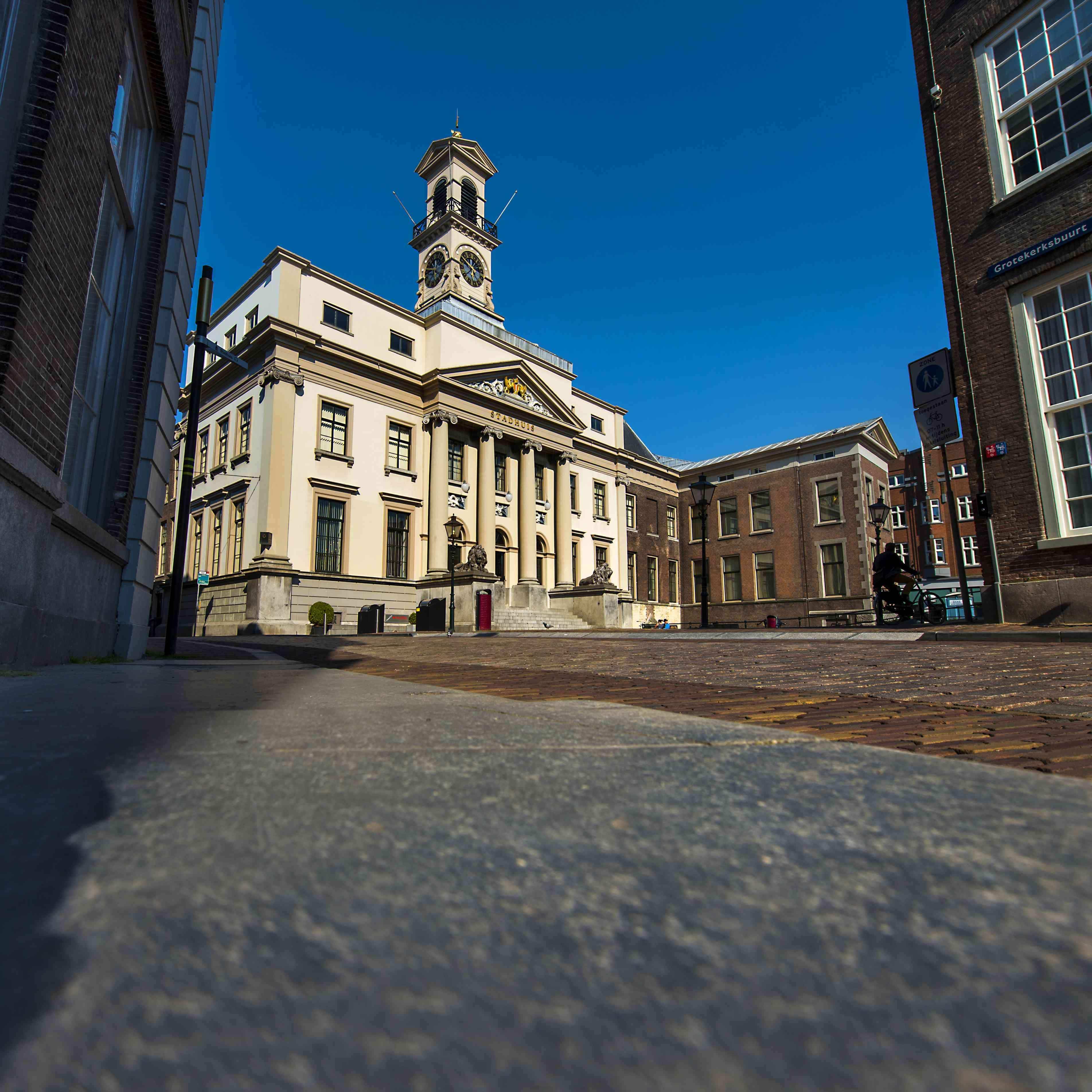 Dordrecht Town Hall was built between 1383 and 1388 by Flemish merchants. They used the building as a market hall. From 1544, it housed the city's administration and found its current use as Stadhuis (city hall). The cellars with cross vaults date from the 17th century. At that time, the city prison was part of the Town Hall. In the attic, the original wooden structures of the roof can still be seen, as well as the old prison cells. Between 1835 and 1845, the building was radically rebuilt. The façades lost their medieval appearance; city architect G.N. Itz gave the building a neo-classical façade with a central, raised and slightly protruding portico of columns with a pediment. The belfry is remarkable; it is very similar to the tower of Nieuwkerk 44 (also by Itz) and was intended to convey the power of the administrators. Later, two cast-iron lions were placed on either side of the monumental staircase.

Open:
City Hall is open for marriage ceremonies and registration of partnerships. Visitors may also visit City Hall every 1st Sunday of the month between noon and 4:30 pm. You do not need to make an appointment to do so.